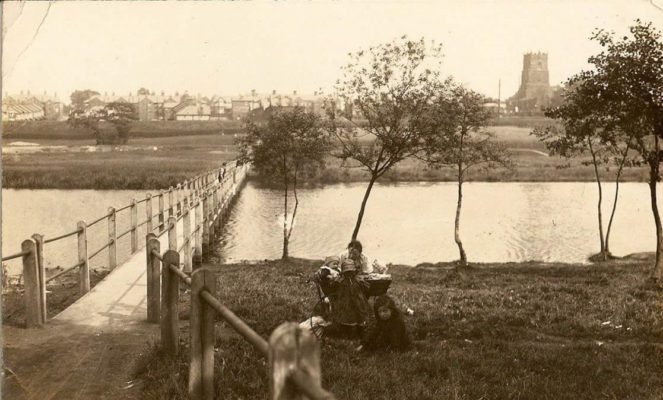 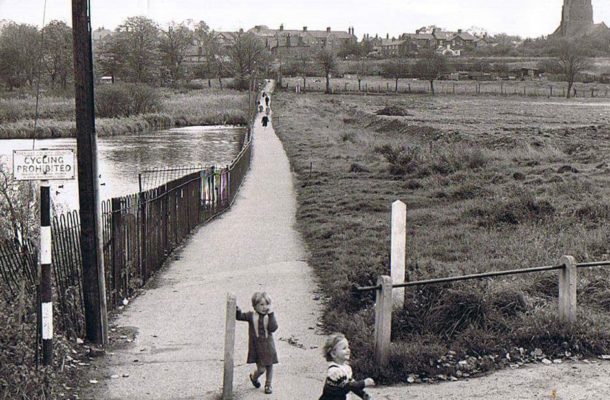 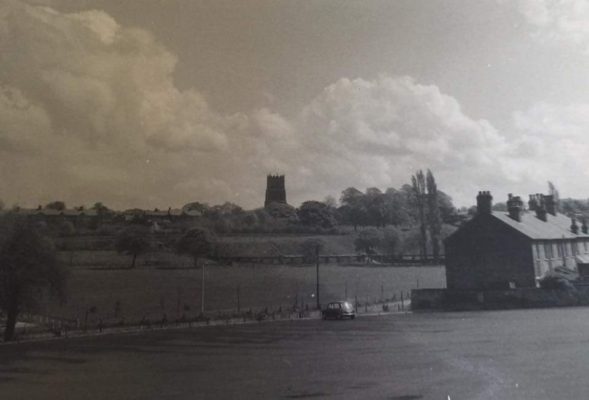 History of the Moor

In 2010, late local historian Joan Leach produced a fantastic booklet on the history of Knutsford Moor extracts of which are below.

It is not certain at what stage the Moor became marshy, but in Henry Green’s history of Knutsford he records that King Charles X of France (whilst in exile as the Count D’Artois) was brought to Knutsford by a Friend émigré dancing master in the Town to search for rare marsh saxifrage when the Count almost drowned!

The Moor was also in use for agriculture, records show a court case in 1846 when a corn stack had been set alight and discovered by boys ‘bathing in a trench’. The Wood family of Manchester Road also farmed here in the early 1800s, using the old right of common of the Moor for grazing and hay.

The first large scale ordnance survey map of 1872 shows there was no open water on the Moor, due to large scale draining work. This work was expensive and when the Town was directed to provide an infant school in 1873 it was reported they could not afford it because they were still paying for the drainage on the Moor. However, in 1878 the drainage problem arose again; with an increase in building the system of drainage was overdue for renewal due to the Moor being the lowest area in town. Town representatives met with Lord Egerton in London which resulted in a new drainage solution.

The drained part of the Moor was divided into plots for mowing and a section divided into ten plots for residents, provided they kept a cow. There were 3 loose rails by the road to keep cattle from straying with a stile for foot passengers to the Railway Bridge.

In 1896 waste tipping started at the Moor, initially at the south end, but due to complaints from the congregation of St Cross Church, it was moved to the area by the sewerage works. By 1899 Knutsford Urban District Council had given up on plans to use the south end for recreation owing to conditions imposed by Lord Egerton; however negotiations continued and in April 1904 it was agreed to sell the south end of the Moor to the council.

Richard Harding Watt, who designed a series of Italianate buildings in Knutsford, attempted to landscape the Moor but a fellow councillor protested that his plants were rough and worthless (they were poplars).

In 1907 Lord Egerton and others sold more land to the Urban District Council for recreation, this included a requirement to keep the main pedestrian route and Middle Walk path.

Around 1910 to 1914 the moor pool was spanned by a wooden bridge and was popular with fishermen who came out from Manchester by train on Sundays. There were frequent calls on Pemberton’s joiners to make repairs to this bridge.

From the 1920s to 1940s the Moor was used as a rubbish tip on the recreation ground side which whilst unsightly the intention was likely to raise the water table and prevent flooding.

In 1959 the Knutsford Society was founded and their first major task was dredging the Moor Pool and cutting down overgrown vegetation. They found nine bikes, two bedsteads, 30 oil drums, 30 tyres and two baths! More cleaning and tree planting was undertaken and in the 1960s, surplus soil from work on the M6 motorway was tipped on the Moor area, south of the path, to hopefully make the area drier. In 1967 the Knutsford Round Table set up a play area with swings and a roundabout.

In the late 1980s sewerage holding tanks were built under the Moor, together with culverts. In 1991, the area was smoothed and reseeded and the children’s play area, closed for three years, was reinstated. The surface of the Middle Walk path was improved, and staff checked the water levels as far as the Tatton sluice, as problems with drainage of the Moor were recurring.

In 2005 the Friends of the Moor were established as part of the Macclesfield Borough Council park strategy. In 2006 the paths across the park were raised and resurfaced, and drainage tackled using a French drain, with some success. The Friends organised litter picks, bird box making and school bulbplanting events. In 2008, the wooden fencing was replaced with metal fencing and gates, and more seating and litter bins installed, especially by the path alongside the Pool. A “Museum in the Street” sign, sponsored by the Lions, was erected, to tell visitors about the history of the area.